Is nuclear energy renewable energy or not?

Renewable energy is defined as an energy source/fuel type that can regenerate and can replenish itself indefinitely. The five renewable sources used most often are biomass, wind, solar, hydro, and geothermal.

Nuclear energy on the other hand is a result of heat generated through the fission process of atoms. All power plants convert heat into electricity using steam. At nuclear power plants, the heat to make the steam is created when atoms split apart – called fission. Fission releases energy in the form of heat and neutrons. The released neutrons then go on to hit other neutrons and repeat the process, hence generating more heat. In most cases the fuel used for nuclear fission is uranium.

Arguments for nuclear energy as a renewable energy

But one of the most interesting arguments for including nuclear energy in the renewable energy portfolio came from Bernard L Cohen, former professor at the University of Pittsburg. Professor Cohen defined the term ‘indefinite'(time span required for an energy source to be sustainable enough to be called renewable energy) in numbers by using the expected relationship between the sun (source of solar energy) and the earth. According to Professor Cohen, if the Uranium deposit could be proved to last as long as the relationship between the Earth and Sun is supposed to last (5 billion years) then nuclear energy should be included in the renewable energy portfolio. [2]

In his article, Professor Cohen claims that using breeder reactors (nuclear reactor able to generate more fissile material than it consumes) it is possible to fuel the earth with nuclear energy indefinitely. Although the amount of uranium deposit available could only supply nuclear energy for about 1000 years, Professor Cohen believes the actual amount of uranium deposit available is way more than what is considered extractable right now. In his arguments, he includes uranium that could be extracted at a higher cost, uranium from the sea-water, and also uranium from eroding earth crust by river water. All of those possible uranium resources if used in a breeder reactor would be enough to fuel the earth for another 5 billion years and hence render nuclear energy as renewable energy. [2]

Arguments against nuclear as a renewable energy

One of the biggest arguments against including nuclear energy in the list of renewable is the fact that uranium deposit on earth is finite, unlike solar and wind. To be counted as renewable, the energy source (fuel) should be sustainable for an indefinite period of time, according to the definition of renewable energy.

Another major argument proposed by the opponents of including nuclear energy as renewable energy is the harmful nuclear waste from nuclear power reactors. Nuclear waste is considered a radioactive pollutant that goes against the notion of a renewable energy source. [1] Yucca Mountain is one of the examples used quite often to prove this point. Most of the opponents in the US also point at the fact that while most renewable energy sources could render the US energy independent, uranium would still keep the country energy-dependent as the US would still have to import uranium. [1]

It seems like at the heart of the debate lies the confusion over the exact definition of renewable energy and the requirements that need to be met in order to be one. The recent statement by Helene Pelosi, the interim director general of IRENA (International Renewable Energy Agency), saying IRENA will not support nuclear energy programs because its a long, complicated process, it produces waste, and is relatively risky, proves that their decision has nothing to do with having a sustainable supply of fuel. [3] And if that’s the case then nuclear proponents would have to figure out a way to deal with the nuclear waste management issue and other political implications of nuclear power before they can ask IRENA to reconsider including nuclear energy in the renewable energy list.

Start the paragraph out by stating the supporting idea. Then follow up with further sentences that comprise supporting info, details,

Further, their forte in academic writing is for faculty students of all ranges. From high-schoolers to students pursuing a doctorate,

What is a pipe and what are the types of Pipes?

What is a Pipe?According to the Merriam dictionary, a pipe is defined as a long tube or hollow body for

About the author of the website: I am AKM Nazrul Islam, currently working in Japan. I have achieved a Master of Science (M.Sc) in Mechanical Engineering from Bangladesh University of Engineering and Technology (BUET). Out of my 12 years of working experience, I worked in the thermal power industry for 7 years, renewable energy industry for 2 years, and research university for 3 years. I have low voltage, medium voltage, and high voltage electrical works licenses. I have published 11 scientific articles. I am a member of the American Society of Mechanical Engineers (ASME), Japanese Society of Mechanical Engineers (JSME), Institute of Engineers Bangladesh (IEB), Bangladesh Solar Energy Society (BSES). 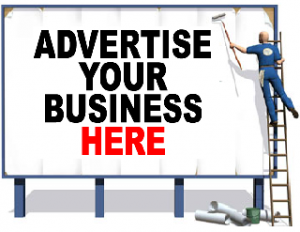