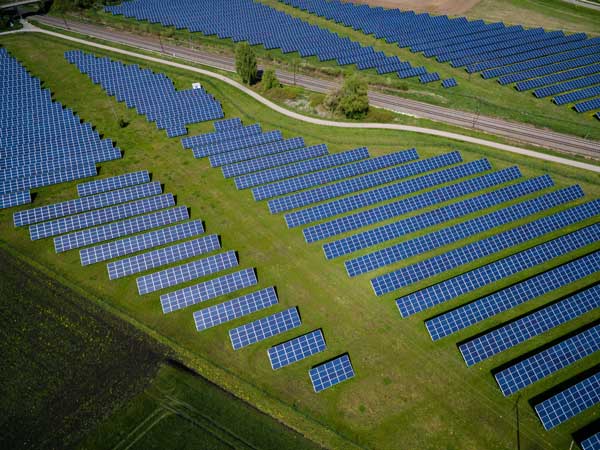 Solar energy is the most common form of renewable energy. Solar energy is harnessed from the sun as a form of solar radiation, using the radiant light and heat from the Sun for practical purposes. The term solar power either is used synonymously with solar energy or is used more specifically to refer to the conversion of sunlight into electricity. Solar power is also called solar power.

The Sun is the most prominent source of energy in the solar system. The source of solar energy is the process of thermonuclear fusion in the core of the Sun. This energy is radiated from the sun in all directions, and a fraction of this energy reaches to the earth. The outer visible layer of the Sun (the photosphere) has a temperature on the order of 6,000 degree C (10,800 degree F). Above the photosphere, there is a transparent layer of gases known as chromospheres. The light emitted by the chromospheres is of a short wavelength. Finally, there is the corona. The corona is the outer part of the atmosphere of the Sun – in this region, the prominence appears. Prominence is immense clouds of glowing gas that erupt from upper chromospheres. The corona can only be seen during the total solar eclipse.

The Earth receives solar energy in the form of solar radiation. These radiations are comprised of ultraviolet, visible, and infrared radiation. The amount of solar radiation that reaches any given location is dependent on several factors like geographic location, time of day, season, land scope, and local weather. Because the Earth is round, the Sun rays strike the Earth’s surface at different angles ranging from 0 to 90 degrees. When the rays of the Sun are vertical, the Earth receives the maximum possible energy.

Generally, almost all renewable energies, notably excluding geothermal energy and tidal energy, derive their energy from the sun. For example, winds blow partly because of the absorption of solar radiation by the atmosphere of the Earth. Solar energy radiant light and heat from the Sun are harnessed using a range of ever-evolving technologies such as solar heating, solar photovoltaics, solar thermal electricity, solar architecture, and artificial photosynthesis.

Active solar energy systems use electrical and mechanical components such as tracking mechanisms, pumps, and fans to capture sunlight and process it into usable outputs such as heating, lighting, or electricity. On the other hand, passive solar systems use non-mechanical techniques to control the capture of sunlight and distribute this energy into usable outputs such as heating, lighting, cooling, or ventilation. These techniques include selecting materials with favorable thermal properties to absorb and retain energy, designing spaces that naturally circulate air to transfer energy, and referencing the position of a building to the Sun to enhance energy capture. In some cases, passive solar devices can have a mechanical movement with the important distinction that this movement is automatic and directly powered by the Sun.